Story Of The Ganga River
The Immortal Story of the Immortal Ganga, aeons ago, when the world was still young and the Himalayas in the process of creation, rising from the sea to the mighty giants of today, the good king Sagar who reigned in what is now India, having slain the demons of the earth, decided to stage a ‘horse sacrifice’, or Ashwamedh-Yagya as a proclamation of his supremacy. The horse was to be escorted on an uninterrupted journey around Earth by his 60,000 sons born of Queen Sumati and the one and only son, Asamanjas, born of his second Queen Kesoni, Meanwhile, Indra, Supreme Ruler of the Kingdom of the Gods, was filled with fear that he might lose his celestial throne if the in an unguarded moment, tied it at a post near the ‘ashram’ of the meditating Sage Kapil, from whom even the gods trembled. Meanwhile, the 60,000 sons searched high and low for the horse in order to find who had challenged the sovereignty of their father. Finally, they reached the nether regions, the habitat of the hermit of sage, and were preparing to storm the place and attack the meditating ‘rishi’, when Kapil, his meditation disturbed, opened but one furious eye and reduced the 60,000 hoards to ashes.

Asamanjas alone lived to tell the tale to the sorrowing parents. It fell to king Sagar’s grandson, Anshuman to recover the horse and attain salvation for his 60,000 kin. Kapil returned the horse and told him that they were burnt because of his anger at being disturbed, they could, he said to save their souls if the Goddess Ganga down from the heaven to cleanse their ashes.

The Goddess Ganga, who lived in the Hindu Olympia, flowing demurely for the sole pleasure of the gods, was loth to come down and leave heaven. The great task of bringing her down went on but the goddess was adamant. Anshuman failed and so did his son, Dilip, but his grandson was equally determined and meditated on the glacial terrace of Tapovan near the base of the mighty peak of Shiving at Gangotri. Years rolled on, but king Bhagirath’s meditation and devotion did not cease. Finally, gods relented and asked him his desire – he wanted but one boon – the descent of the Divine Lady who was still adamant and threatened to destroy the earth if forced to leave heaven. As the matter was of some gravity, Shiva agreed to receive the full force of the waters unleashed by the tempestuous goddess on his head. The Ganga descended and remained suspended on the coils of Shiva’s matted hair. Sitting on his slab of ice (Bhagirath Shila) in a deep gorge enclosed by glistening granite walls of the central axis of the great Himalayas, Bhagirath now meditated to propitiate Shiva. The god was pleased and released the Ganga as three streams one of which came to earth in the form of the Bhagirathi. Blowing a conch shell, the king proceeded across the Himalaya which rifted apart to allow the Bhagirathi to follow him and redesm the ashes of the 60,000 souls who rose to their eternal rest. Nearly at the end of the gorge, the Jadh Ganga or the Janhvi joins the Bhagirathi.

There is a strong belief that the Ganga is a canal designed by King Bhagirath, due to its central-like formation in the hills that has amazed and confounded several engineers. The river flows to the north at Gangotri, north-west up to Harsil, and then turns abruptly to the south towards the land of King Bhagirath. If the river had not changed its course at Harsil it could have flowed away to her domain. It is believed that Bhagirath is his mystic chariot guided the Ganga to this course. Nature has endowed this area with unexcelled munificence. For the faithful and the nature lover, pilgrimage to Gangotri, the source of the Ganga, is through magnificent scenery. It almost seems as if the gods, in order to soften the blow for Ganga, decked a bower for her reception as the gratified pilgrim, is greeted stage after stage, with canyons, cascades, and rushing rivulets to soothe the arduous of the journey. 3,048 meters up in the sky, Gangotri rears its famous temple on the right bank of the river. The Bhagirathi takes its rise from Gaumukh, while the Yamuna rises at Yamunotri, both the points being hardly 70 kilometers apart as crow flies, but they flow nearly 1,000 kilometers to join at Prayag. Here the color of the waters are yellowish-grey, the Yamuna waters are blue. The Bhagirathi rises from the snout of the Gangotri glacier at Gaumukh which, along with its tributary glaciers, cover a big area studded with and surrounded by snowy peaks. The river receives the waters of the Alaknanda and other tributaries, which bring much glacial debris-but the Yamuna at its source gets only the snow melted waters of the Banderpoonch, with much less debris-hence the blue color. 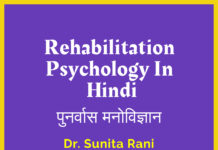 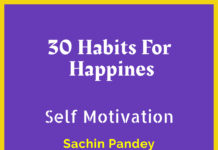 30 Habits For Happiness | Self Motivation

Here, you can hire me for composing to produce music for your lyrics or song creation. For more our services 👉 CLICK HERE 👈

Any cookies that may not be particularly necessary for the website to function and is used specifically to collect user personal data via analytics, ads, other embedded contents are termed as non-necessary cookies. It is mandatory to procure user consent prior to running these cookies on your website.